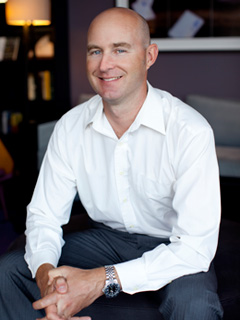 Ben began his professional working life as a laboratory technician (pathology), working for 7 years in the Department of Haematology at the RBH. He did enjoy the work but found that he wasn’t interested in being “stuck behind the screens” for his entire career and soon realised he had a desire to have direct patient contact as a practitioner.

Ben graduated from QUT in 2003 and has worked as a full time Podiatrist at several busy clinics ever since. He has practiced all facets of Podiatry during this time.

At Bodywise Osteopathy Ben focuses on the mechanical/structural element of lower limb and foot disorders; muscular and joint aches and pain, whether someone is a competitive athlete or a person returning to some lever of activity after an injury or strain, then Ben can help.

Ben treats problems with the foot, ankle, hips and lower back starting with sound footwear advice, physical therapy regime, custom orthotic insoles and hands on joint mobilisation and manipulation of the lower limb and foot. All of which is a very hands-on approach.

Ben is a keen cyclist who rode competitively for 8 years. He has a particular interest in cycling biomechanics and enjoys helping riders with the various foot, knee and hip problems associated with cycling.

When not at work or on the bike he can be found out on the big blue ocean keenly wetting a line hoping for that monster fish to swim his way.